Over the years there have been many unique visitors from various places around the world to travel to Mary's House. Last Sunday, April 6, 2014 the Austrian Christoph Cardinal Schönborn, O.P.came to honor Our Lady of Ephesus in her home on Nightingale Hill in Ephesus, Turkey. This visit was especially meaningful for the Sister Marie de Mandat-Grancey Foundation because His Eminence wrote the following quote for the book on Sr. Marie and Mary's House. "Mary's House in Ephesus is one of the most extraordinary places in the world which is loved by Catholics, Orthodox, and Muslims. We owe this venerable place to SERVANT OF GOD, Sister Marie de Mandat-Grancey, D.C., who uncovered this hidden treasure for all of us. Today it is a special place of Christian - Muslim dialogue so urgently needed." We are grateful to Cardinal Schönborn and his acknowledgement of Sr. Marie's contribution to finding, preserving and restoring Mary's House, so pilgrims from everywhere may go to venerate the Mother of Jesus. Read more about this story in: THE LIFE OF SR. MARIE de MANDAT-GRANCEY AND MARY'S HOUSE IN EPHESUS by Rev. Carl G. Schulte, C.M. 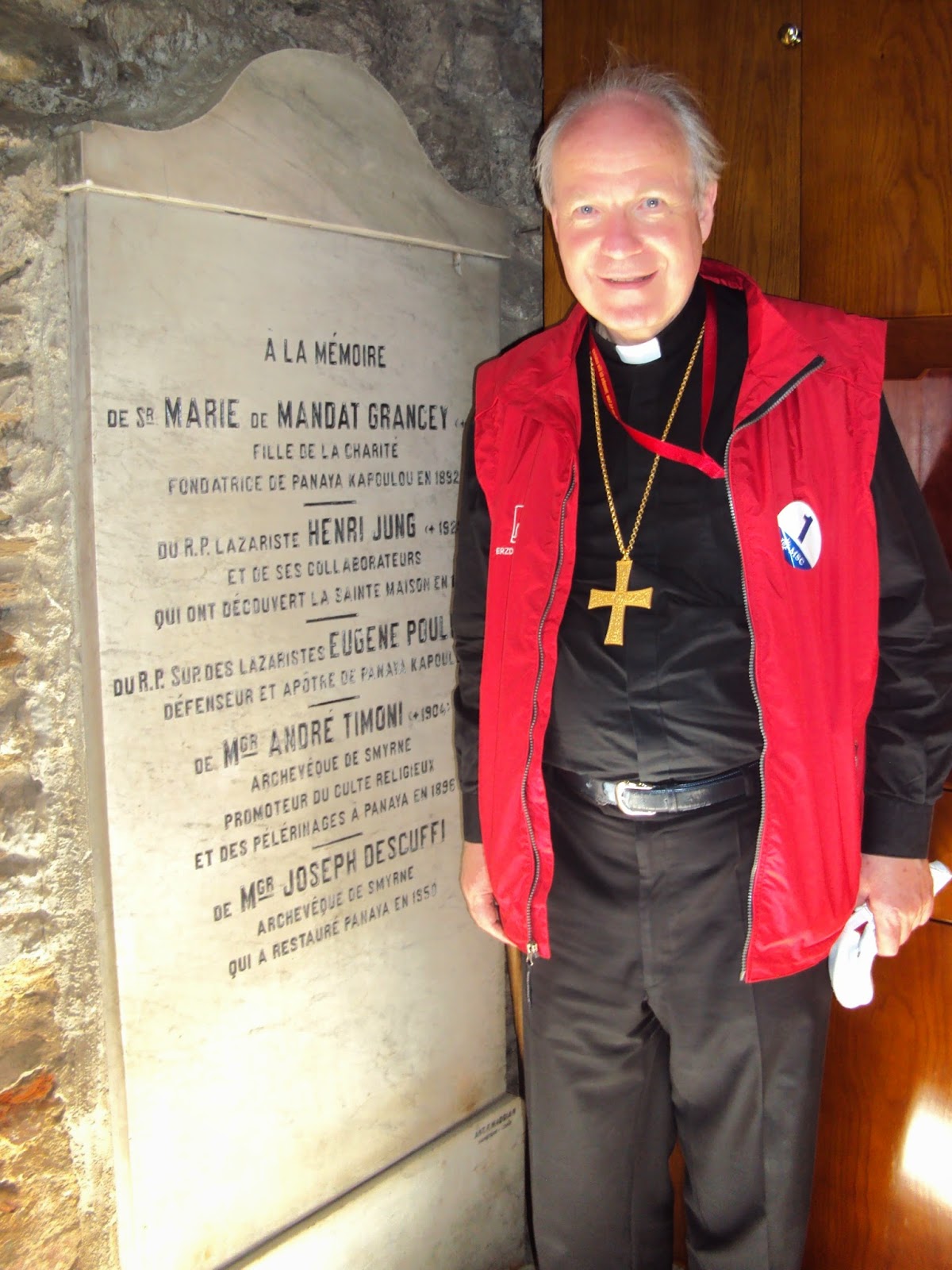